There are three key parts of international development:

1. Access to trade is vital to lifting nations out of poverty and success at the WTO talks at Doha is essential. We only have to look at the success of India and China who have been able to lift hundreds of millions of people out of poverty through trade. A tool that has proved particularly useful to women has been micro-finance which provides small loans for business start-ups. There are many successful projects in Bangladesh and Afghanistan empowering women and giving them the means to provide for their own and their family’s needs.

2. Aid is effective, especially in eliminating diseases. There was an Aids clinic in Namibia that was been so successful that it was no longer needed. It has closed and moved on to a new problem area. We should commit to meeting the promise of giving 0.7% of GDP by 2013. That means raising the amount of aid from around £5bn now to £15bn by 2013. There are examples of corruption so it is important to ensure that aid reaches those in need. There may be some concern amongst taxpayers as the public expenditure situation becomes more difficult in future years so it is essential that there is proper monitoring of aid. At the moment, DFID does its own monitoring, largely by ticking boxes measuring inputs. The Conservatives would like to set up an Aid Evaluation Agency, independent of Government, to keep track of the effectiveness of aid by increased monitoring of outcomes.

3. Conflict resolution is probably the most important aspect of international development. If people are bombed out of their homes, or are caught up in violent conflict, then no amount of trade or aid will really help. We need to stop conflict before it starts, stop it if it has already started, and work towards reconciliation of the parties. It is in the interests of the developed countries as well as developing ones to help create stability. The UN is the main way to achieve conflict resolution though it needs to recognise that the nature of conflict has changed from one where disputes cross country borders to situations of conflict within a country. Britain has a capacity to train the leaders of overseas armed forces. Such training has improved the effectiveness of the forces from the African Union.

Questions & Comments from the floor:

Q: How can we ensure the protection of a country’s natural resources? In Senegal. Spanish fishermen are scooping up the fish and decimating the local fishing industry.

Andrew M: It is often the Governments of a country that have agreed to allow other nations to take the stock. In Senegal it will be a deal made with the EU.

Q: Should taxpayers money be used for development? I’m concerned when debt is just written off.

Andrew M: In the past, aid was monitored by civil servants but now it is local government of the recipient country that monitors what is happening. We should require them to “open their books” so that UK aid goes to well run, effective projects. I’m a supporter of the idea of matched funding where good projects being run by charities and NGOs can double their effectiveness. In respect of debt forgiveness, I do not think that people should be penalised for past, corrupt, leaders but we do need proper fiscal monitoring.

Andrew M: Peter Mandleson negotiates on behalf of the EU and he is constrained by the French holding position on CAP until 2010. There has been some progress made with the US on lowering tariffs and subsidies, and we will continue to press for the engagement of the UK Government.

Q: What will the Tories do if public opinion hardens against giving aid when the economy declines?

Andrew M: It will be important to demonstrate the effectiveness of aid programmes which is why we will set up an Aid Evaluation Agency.

Q: Shouldn’t the African diasporas do something? What a waste of £400,000 being spent by the London Mayor on a second statue of Nelson Mandela when there are poor people dying.

Andrew M: Many people will conclude it as an outrageous waste of money but it is the Mayor’s decision. Sending remittances overseas does help many people, in many countries. We need to look at the bank charges for processing these transfers. UK aid goes to the poorest countries whilst EU aid goes to those better off.

Q: Should there be better tax breaks for giving?

Andrew M: We can look at further improving the tax breaks. There are huge flows of private funds that make an enormous difference. Aid does not only come from the taxpayer.

Q: How can we improve the monitoring in recipient countries? I know of a hospital that remains unfinished because the grant stopped being paid.

Andrew M: The Government is obsessed with inputs instead of looking at outcomes which is more important.

I have always felt strongly about this topic. I’ve visited hospice and palliative care centres in South African townships, and know the DeBeers’ programme which for the past 6 years has been effective in combating AIDS. I share the scepticism of some regarding debt cancellation because there are many other developing countries that struggled hard to repay their debts. In the future countries might not feel the need to bother with repayments. There are many small scale projects that make an enormous difference to communities. For example, providing water has a big impact by releasing women and children to care for their families and attend school. It’s also very easy to monitor.

Comments & Questions from the Floor

Q: There are many abuses of the EU overseas aid budget. I’ve seen a chart showing that much of the promised aid to Ethiopia never arrived.

Baroness Rawlings: The trouble lies in poor monitoring and when sums are very large it becomes increasingly difficult to keep a track of it. That’s why I support the smaller projects.

Q: I worry that unmonitored, resource driven aid into Africa by China & India really acts as a way of subsidising business.

Baroness Rawlings: The Chinese are certainly in Africa in large numbers and they don’t have to worry about perceptions of colonialism. In respect of India, it receives the largest donation from the DFID aid budget. The Indians are working on projects in Africa instead of assisting the poor in their own country. All countries need to look at where they direct their aid. For example, EU countries could assist Albania. It has tremendous poverty and a tiny population. A lot could be done for comparatively little money.

Baroness Rawlings: There needs to be balance. Smaller projects that educate women empowers them and is vital for improvement.

Q: How can the intellectual property of developing nations be protected? For example, Brazil has many natural remedies which are being exploited by other countries.

Baroness Rawlings: International property rights are complex and the drug companies are very powerful. It’s important not only to protect intellectual rights but land and property rights as well. A good example is the way the EU has assisted with the transition of the new, poorer members.

Q: Is there not also a “brain drain” from poorer nations to wealthy ones?

Baroness Rawlings: There will always be people from poorer countries migrating to richer ones for work. Freedom of movement of people enriches society and the money sent home is important.

International Women’s Day 2021 We decided one day is not enough, we have dedicated the whole week to celebrating International […]

An article by Sue Pascoe, Area Chairman of North and East Yorkshire CWO I was born with conflicting sex characteristics, […] 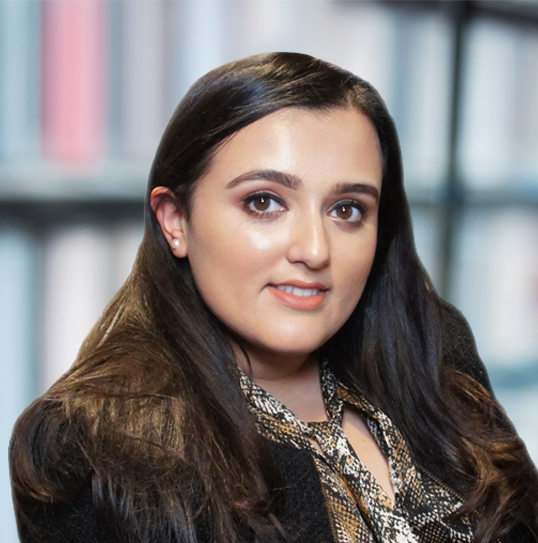 Keir Starmer has good traits for the courtroom, not a country in crisis: by Sonia Khan 11/02/2021

A few weeks ago I participated in a webinar where the theme of politicians as animals came up. Sir Keir […]